Let it be known that by edict of the Grand Dukes the famous Seatower of Balduran is henceforth open to the public! Donate in Selûne's Temple, seek shelter in Ilmater's Monastery and enjoy the famous Golden Dragon Ale in Roryn's tavern. But be warned:
There are rumors of some hidden danger beneath the surface and the waters are unusually calm this year. 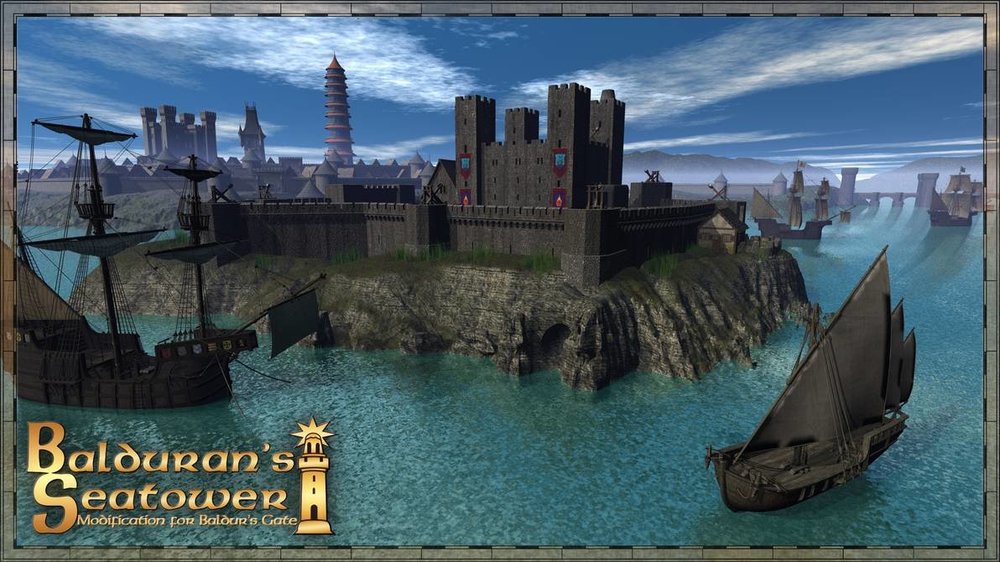 Balduran's Seatower is a quest mod for BG:EE, BGT, and EET that adds a new area to the city of Baldur's Gate, accessible via the south-west corner of the Docks District.

The mod is available as an Early Access Open Beta - the "Early Access" because of the (reduced) content, not the shape of the mod we hope!

The Early Access Open Beta (EAOB) has approximately 50% of the planned content which can be played without any loose ends. It is directly compatible with BGT, BG:EE w/o SoD, and EET.

If you need the Worldmap for other mods, install it after BST and use the current 10.2.6.

You can play the EAOB from a previous save if it is from before entering BG city for the first time. In this case, the Seatower will not show on your worldmap but is accessible through a direct travel link from the south west corner of the docks.

Have a look at the readme to see an extensive list of all available quests - but don't spoil yourself too much! Everything starts by entering the Seatower area.