A drow, a dwarf, a halfling, a dragon(?) and a priest of Talos walk into a tavern. What's the punchline? Find out with Glam's NPC Pack, featuring the original "Vynd, Drow Assassin" and four brand-new party members for BGEE, Tutu, BGT, and EET. The BGEE NPC Pack includes the original Vynd, Drow Assassin NPC mod as well as four brand new NPCs, all of whom will interact with each other and the classic Baldur's Gate cast. Each one includes a friendship track and an array of player-initiated dialogue, with more options opening up as the game progresses.

You want quests? This time we got 'em! Three of the four new characters come with their own personal missions, which must be completed to unlock all their player-initiated dialogue, plus a final, loyalty-inspired talk in the endgame.

You want loot? There's plenty of new and unique items to be had; some supplied with the characters, others found through their quests, or just indiscriminate slaughter. Hoard them all! 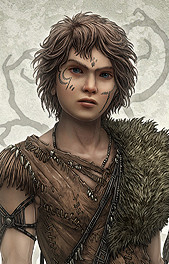 When asked about her past, Littlun proudly informs you of how she was taken in as a baby by a tribe of elves, who raised her as one of their own. However, while she is very much a product of the wilds, the mechanical, rapid-fire crossbow she carries is the work of her long-deceased father, once a master craftsman and wandering scholar. She is a walking contradiction, a juxtaposition of untamed nature and advanced technology. 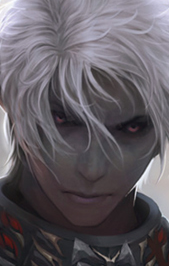 "Why leave? Because in the Underdark, there are mind flayers, beholders and aboleths. Up here, there are sheep. And trees. So I weighed things up and I thought, you know what? How bad could a little sunburn possibly be?"

When asked about his past, Vynd wonders aloud how you'd feel if some nosy bastard you barely know asked for your life story. You've pieced together that he's not new to the surface world, and he left the Underdark by choice. Beyond that, he remains a mystery. A snide, abrasive mystery. 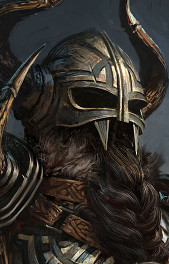 "Violence is a fact of life, war is a corpse mill, and blood is red juice that stains. I won't put out my eyes to see glory where there is none."

When asked about her past, Moidre says little, which you've quickly come to realise is normal for her. Her helmet, which she refuses to remove even when ordered, hides her countenance from the world, and her voice rarely wavers from its flat inflection, making her as easy to engage with as a brick; however, her intense discipline marks her as something more than common sellsword. 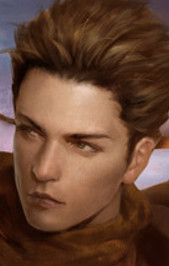 "Nobody expects priests to care for anything besides what their god cares about. Strange, that. You hang a symbol around your neck, cast a few healing spells, and everyone suddenly forgets you're a person."

When asked about his past, Dave chuckles and says it's not the past you should be interested in, but the present. Born to a single mother in a quiet village, Dave seems to have joined the church of Talos on a whim, for there was no outside force, nor troubled childhood, nor deranged power-hunger to compel him. Despite this, he expresses no doubts or regrets over his chosen path, and refuses to be swayed from it. 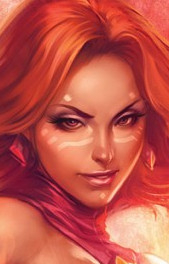 "Perhaps there are beings as wise as dragons, or as strong, or as majestic, but never all three. We are second to gods, and only some even then."

Before you even had the chance to ask about her past, Flara insisted she was once a powerful red dragon, who is now trapped in human form. This may be true, or it may not; she can offer no concrete explanation for how such a predicament came about, nor does she recall much of her time before it. Nevertheless, the air around her ripples with heat, and her fiery breath is difficult to argue with, though not as much as her temperament.